The 2020 presidential election is one of the most controversial in U.S. history. As I type this… the debate over who’ll become the 46th president still hasn’t been settled yet.

And as confusing and chaotic as the post-election process has been… the opposite is true for a sector we’ve been following closely.

While the country is largely split along party lines, the American people spoke loud and clear on election day: Legal cannabis is here to stay.

All told, some form of cannabis legalization was on the ballot in five states: South Dakota, Montana, Mississippi, Arizona, and New Jersey.

And it passed in all of them… a clean sweep.

But this overwhelming landslide isn’t a surprise. According to the latest polls, 68% of Americans favor cannabis legalization. It has broad support across party lines.

Could a new high-powered retirement account, recently approved by the government, pay more than stocks?

What banks are paying regular people for their money today is laughable.

The average savings account in the United States pays just 0.05%.

And some big banks pay even less!

How can anyone retire on that?

Thankfully, there exists a new account that pays up to 8.6% interest

And one man believes in this idea so much he has already invested $250,000 of his own money.

He wants to show you how you can get your savings goals back on track.

Today, 15 states allow adult-use. That means cannabis is treated about the same as alcohol. Medical use is permitted in 22 states.

In total, 37 states have some form of legal cannabis on their books. And in all, roughly 245 million Americans have access to legal cannabis.

Joe Biden has expressed support for cannabis decriminalization. And President Trump has taken a hands-off, states’ rights position. So, either candidate is a win for the sector.

This year we’re on track to see $19 billion in sales. That’s generating an estimated $2.6 billion in taxes. And the best part is, each new state serves as a legalization domino for the surrounding states.

Think about it. In the U.S., it’s very easy to cross state lines. So there’s nothing to stop consumers from buying legal cannabis in neighboring states.

This forces the hands of state governments to approve legalization measures… Or else miss out on tens of millions in tax revenue. That tax revenue is all the more important now due to COVID-19 induced budget shortfalls.

At the current rate, Research and Markets forecasts the market to be worth $65 billion by 2027. That’s an annual compounded growth rate of roughly 30%. And cash-strapped states will be salivating to get a piece of it.

Folks, the train is leaving the station. If you haven’t already jumped on it, it’s time to place some chips down at the legal cannabis table. 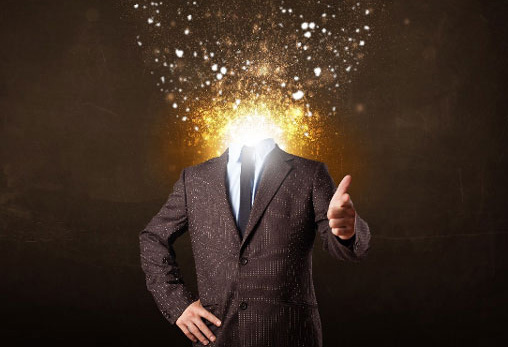 Forget options! Because there’s a NEW way to trade.

Our readers saw the chance at gains as high as an extraordinary 5,100% with one 19¢ trade.

I repeat – this is NOT options trading.

Here’s the full scoop on this weird way to trade

How to Find the Best Cannabis Companies

At our elite advisory, Palm Beach Venture, Daily editor Teeka Tiwari and I have been positioning our readers in high-upside legal cannabis private deals and select stocks.

For both, here are the criteria we look for:

As you can see, this is a pretty stringent list. And it’s that way by design…

As with any new, exploding market, there are plenty of landmines that come with meteoric growth. These can come in the form of frauds, fakes, and frivolous mismanagement: the “three Fs of doom,” if you will.

And the checklist above will help you avoid the three Fs.

At this point, legal cannabis makes the perfect asymmetric bet. These are trades where you can put down tiny grubstakes for the shot at massive gains – I’m talking about 10x, 100x, even 1,000x your money.

By avoiding the three Fs and making tiny, uniform bets on a basket of quality cannabis names… you can participate in massive upside without putting your current lifestyle at risk.

Once sentiment finally catches up to the reality of booming sales and increased legalization… we’ll see a new upcycle in cannabis just like we’re seeing in crypto.

As Big T says – with the legalization tailwind behind it – we expect a new bull market to break out in the cannabis sector. And that will explode certain names higher.

This has nothing to do with dividends, day trading… taking out a loan… or anything like that.

In the next hour.

Cashing in on the Green Wave

As I mentioned above, Research and Markets forecasts the legal cannabis market to be worth $65 billion by 2027. So there’s still plenty of upside in this space.

If you’re looking for broad exposure to the legal cannabis sector, consider the Horizons Marijuana Life Sciences ETF (HMLSF). It holds a basket of some of the best names in the space.

Since the green wave on election day, the ETF has shot up 17%… with more gains likely to come.

Always remember… do your homework before making any investment. And never bet more than you can afford to lose.

Teeka Tiwari – America’s No. 1 Investor – just made an outrageous prediction.

And reveals one technology set to radically change our nation.

WARNING: This video may make you furious.

Before the pandemic, Big T and I traveled the globe looking for early-stage opportunities in the legal cannabis space… And while we’ve curtailed our travel since then, we’ve kept our Rolodex of names wide open… and continue to work our network of insiders.

Right now, we see three cannabis-focused companies that could position you before the post-election legal cannabis megatrend really takes off. And we believe they have the potential to return 3,900%, 4,900%, and 11,222%.